During my studies in the Łódź Film School and the German Filmakademie Baden-Wuerttemberg in Ludwigsburg in 1996-2001 I composed over 40 soundtracks for student short films.

One of them “Coincidence” (from a short directed by Anna Kubik) received Best Film Music award at DAF Festival in 2001.

I compiled some of these tracks on a CD and named it “Mo-Mi”. Back then I was in Germany finishing my movie “Mouse“. There was an announcement about some workshop that was about to take place from Monday to Wednesday: “Montag – Mittwoch”, abbreviated “Mo-Mi”. 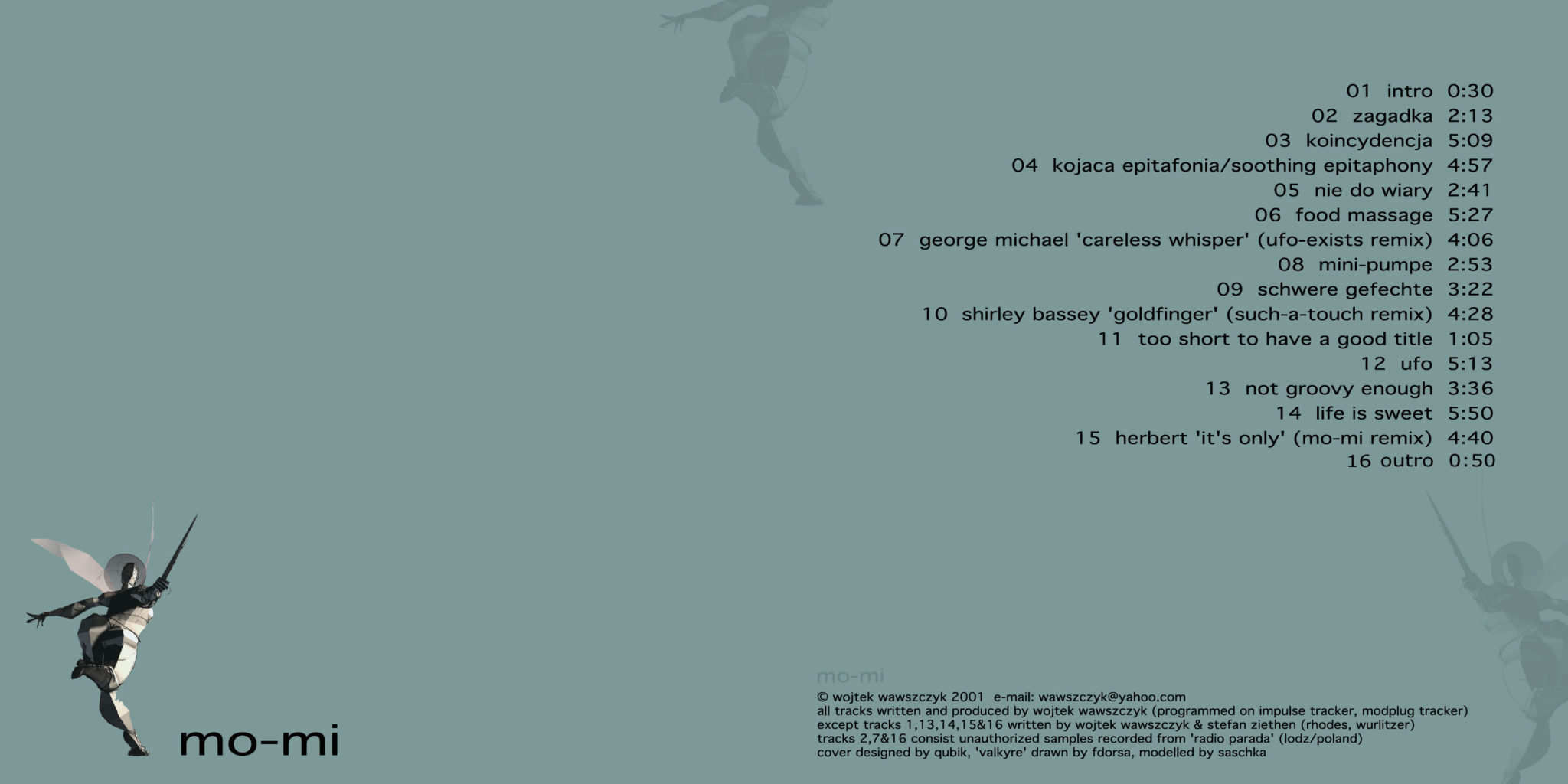