An improvised comic book, in 3 parts.

Together with a colleague from Filmówka, Jacek Rokosz, we came up with the idea to draw a comic. One day in March 2001, I spontaneously drew the first two pages. It was a story of a materialized stink seeking a friend. Jacek drew another two pages, then it was my turn again… Gradually more and more students of the Animation Department joined the group. 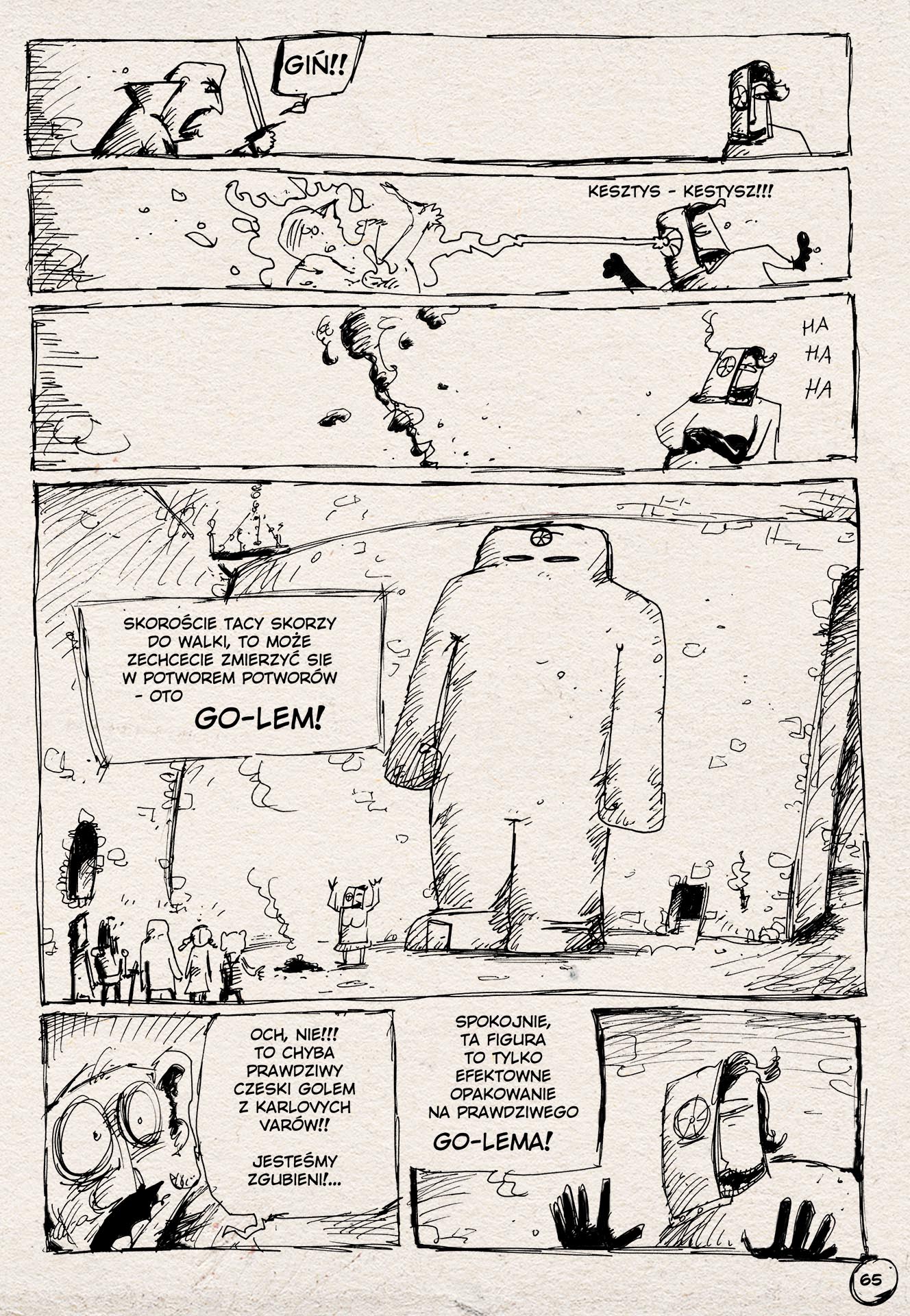 In the very beginning we created special rules of our game:

the rest of the family