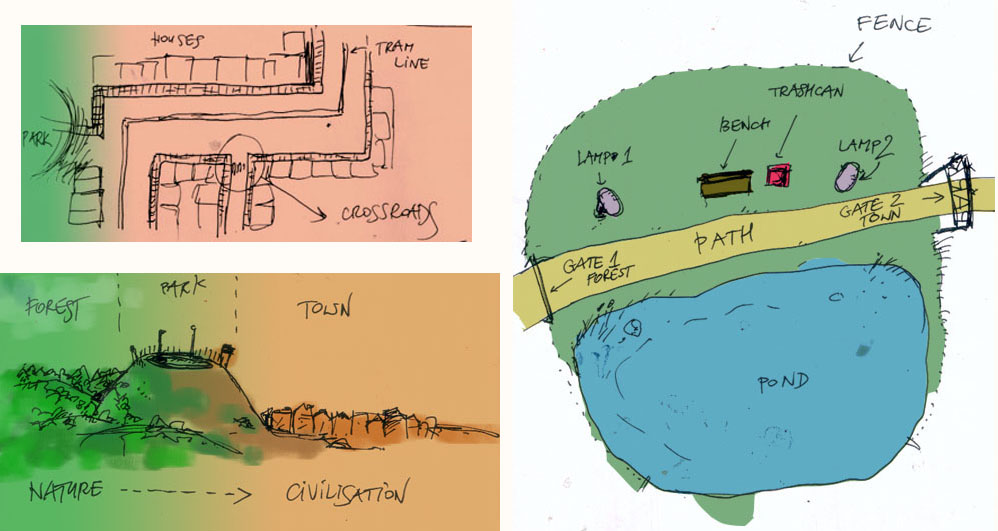 “Splinter” is about growing up. A tree becomes a wooden bench and does not understand its function in a “grown up life”. I used color palette to increase that message. Green was a color of the forest, nature, childhood. Red color (a negative of green) was connected the town, civilization, adulthood. Most of the story takes place in a green park surrounded by a red fence – a place between the forest and the town, between the green and the red.

Red color is a symbol of adulthood not just in “Splinter” but in my previous movies as well. In “Splinter” the red color is put in contrast with the opposite green color (childhood).

In “Headless” the red color appears in the most important moments in the movie: when the hero loses his head and when he’s about to give the balloon to the girl. The balloon is red too – the hero “tries on” adulthood.

In “Mouse” the red car brings the hero in a new place. The hero confronts his personality (a mouse) in an adult world. The new circumstances reject the hero who gets rid of the mouse in the imaginary red tunnel. The hero denies himself and copies the behavior of others.

The students and graduated of the Warsaw Fine Arts Academy painted more than 400 oil paintings for the purposes of this 17-minute short film.

Some of the paintings.

The movie was invited to a number of international festivals, including Goa in India. It was screened at the opening gala of the 60th Anniversary of Polish Animation ceremony.

The last months of “Splinter” production were very intense. I was teaching the art of animation at the Warsaw Film School and I was supervising animators for Kamil Polak’s “The Lost Town of Switez” short movie. Soon after “Splinter” was made I joined the production of “George the Hedgehog” feature film.

The movie was released on a DVD in Germany.

Some scenes in “Splinter” refer to my previous movies. 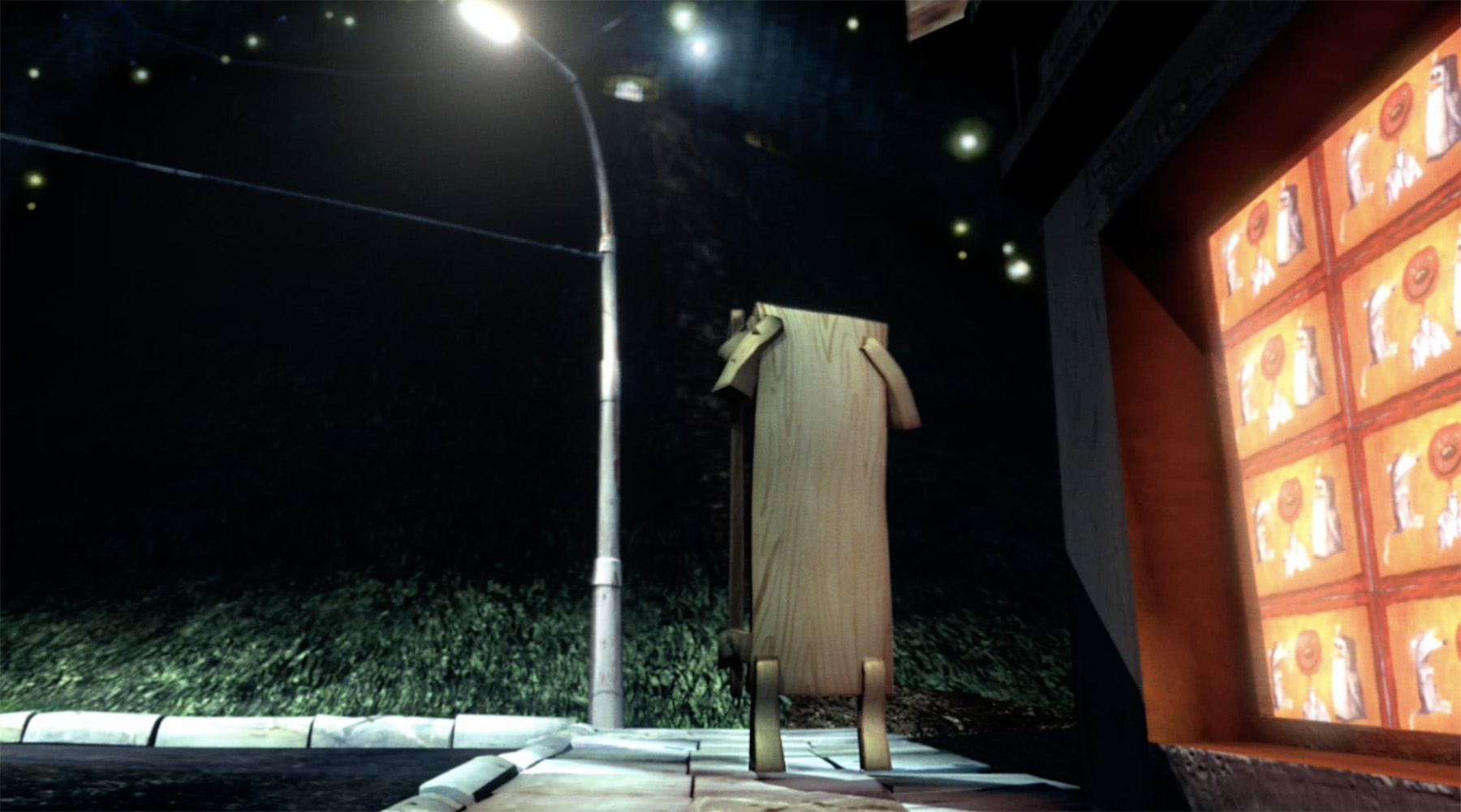 The bench stops next to a wall of TV screens that display heroes from my previous three films: “Headless”, “Mouse” and “Penguin”.

During the fantasy date at a theatre the characters watch my previous movie “Penguin”.

written, designed and directed by

transfer to 35mm and print