In 1998 I was chosen for a one-year scholarship at Filmakademie Baden-Württemberg in Ludwigsburg, Germany.

It took me 9 months to create a 5-minute short film using computer animation technique that was considered a niche novelty back then. I combined a few thousand drawings with CG sets made with Softmage3D software. One frame of the movie (at 720×460 px resolution) was being rendered for an hour, with then powerful and deadly expensive Silicon Graphics computers.

Demo version of the music

Before the actual music recording, the composer Stefan Ziethen played a few tracks in a demo version (MIDI). Some of them were so good that I decided to use them in the movie. 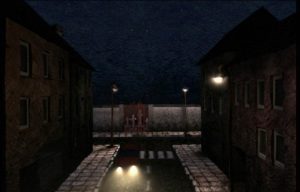 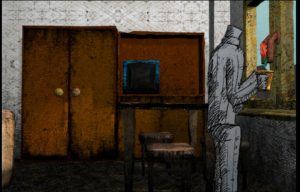 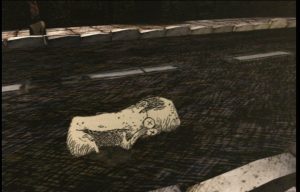 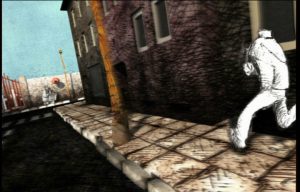 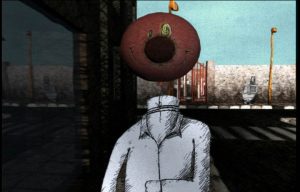 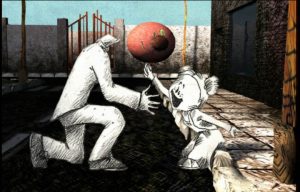 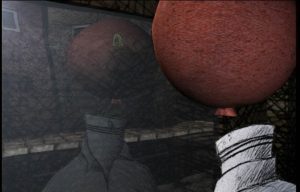 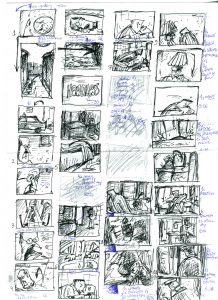 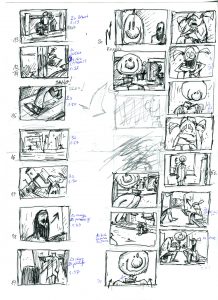 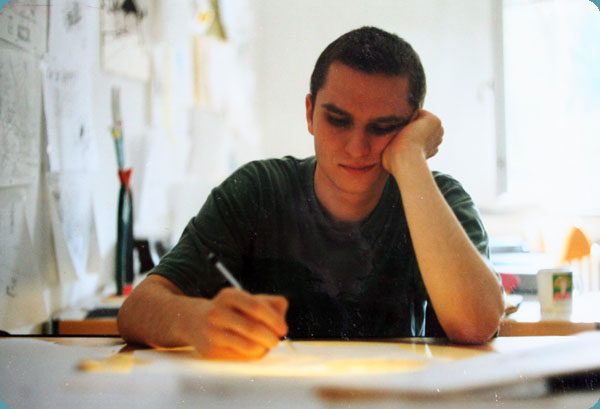 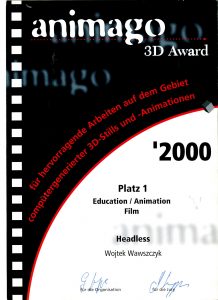 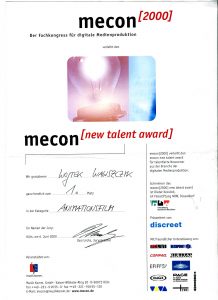 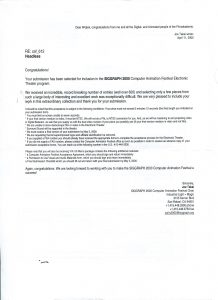 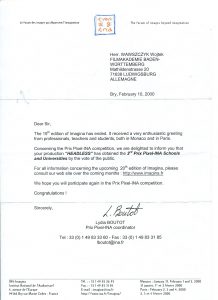 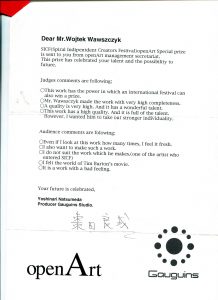 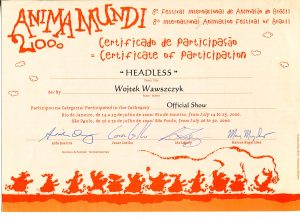 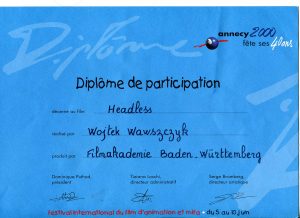 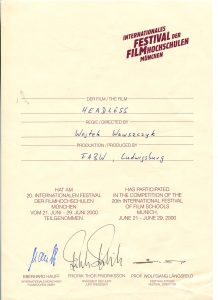 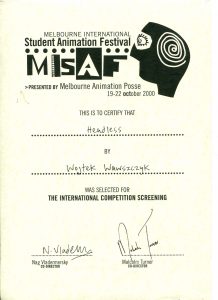 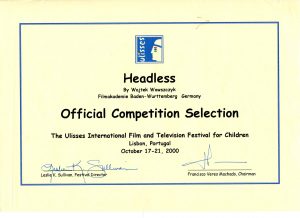 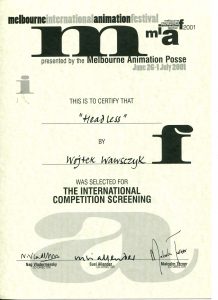 The movie was invited to more than 60 festivals around the world and gained a few awards. 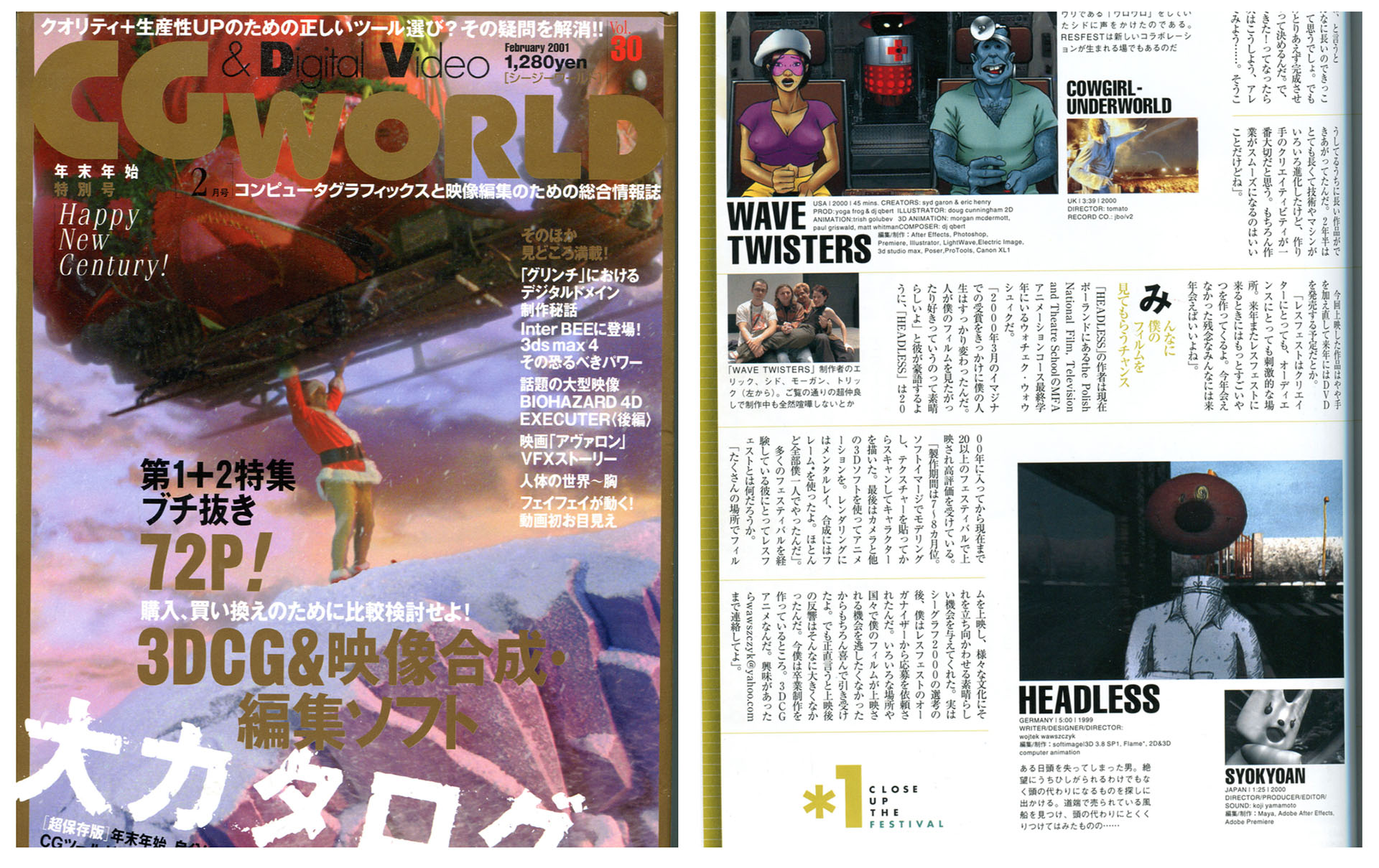 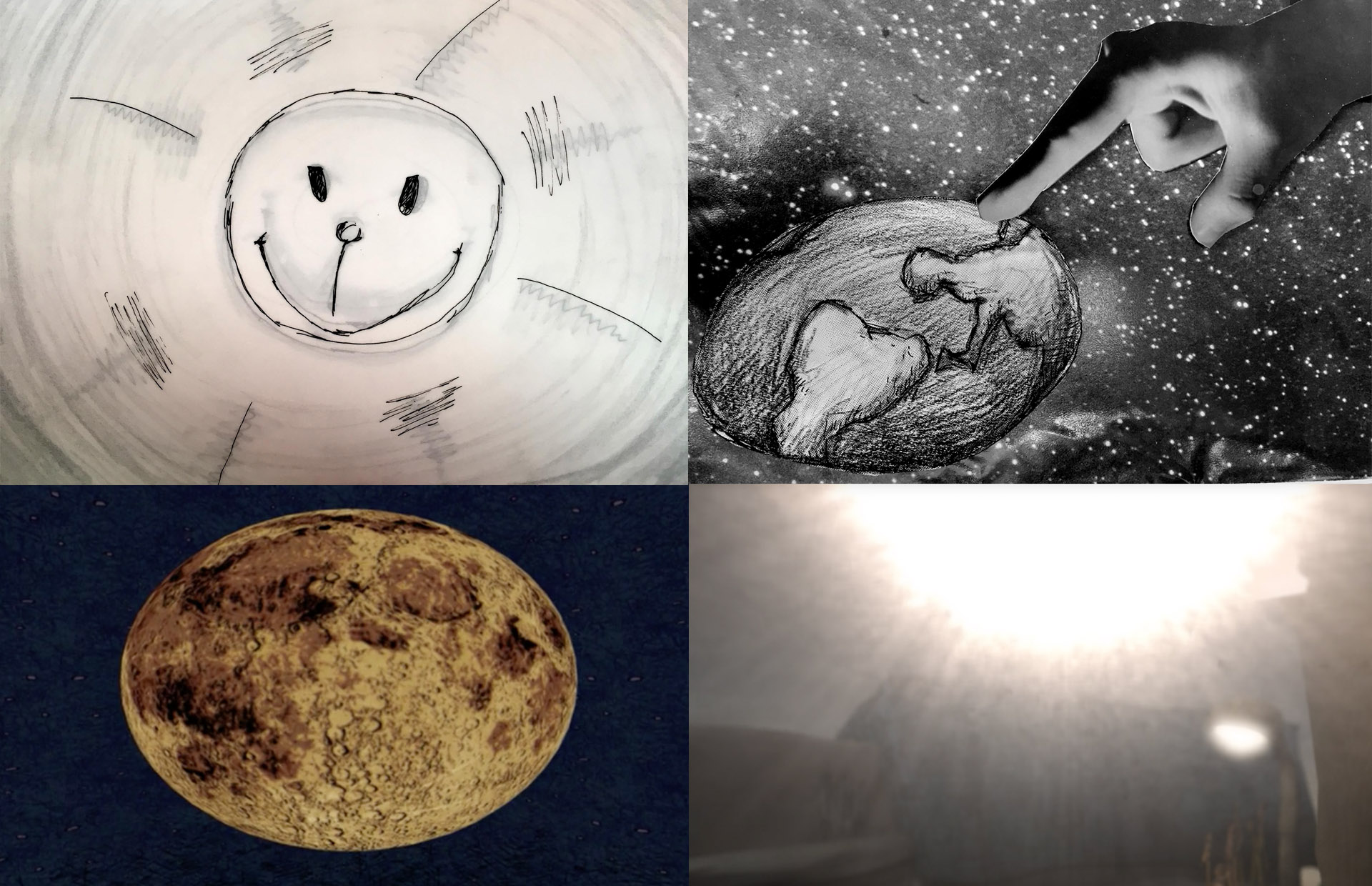 The first shot of “One Often Feels…” shows Sun appearing from the bottom. My second movie “Sorry” begins with planet Earth. Third – “Headless” – starts with Moon centered in frame. Movies open with an object that is emitting or reflecting light and is smaller then the previous one. Finally, my graduation film “Mouse” opens with a light emitted from a lamp post light bulb. Many years later I drew the same beginning in my graphic novel about a man who becomes a lamp post – “Mr. Light Bulb”.

Ever since my first colorful shorts the red color was a symbol of adulthood.

In “Headless” the red color appears in the most important moments in the movie: when the hero loses his head and when he’s about to give the balloon to the girl. The balloon is red too – the hero “tries on” adulthood.

In “Mouse” the red car brings the hero in a new place. The hero confronts his personality (a mouse) in an adult world. The new circumstances reject the hero who gets rid of the mouse in the imaginary red tunnel. The hero denies himself and copies the behavior of others.

In “Splinter” the red color is put in contrast with the opposite green color (childhood). Most of the story takes place in a green park surrounded by a red fence – a place between the forest and the town, between the green and the red.

Written, designed and directed by

Voice of the girl